His Majesty’s Dragon, but Naomi Novik 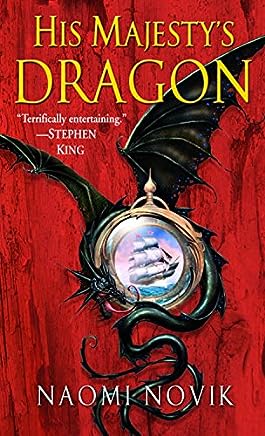 It’s C.S. Forester’s Horatio Hornblower, but with dragons! Forester’s chronicles of Hornblower’s career are some of my favorite books ever, and if I’d known these books would remind me of those, I honestly probably would have stayed away for fear of sullying those masterworks. I’m so glad I didn’t know what this was when I picked it up off of a shelf while on a trip to Colorado. This book, and the ones that follow it, paint a vivid picture of the restrained, gentlemanly warriors of the Napoleonic wars, making things so real you can almost feel the ships of the navy rocking beneath you. And then the author adds dragons, who are not just props but are major characters themselves, with a naivete and depth of personality that plays a brilliant counterpart to the stiff English gentlemen (and women) that populate the rest of the story.

I tore through about the first four books in the series and then forced myself to take a break. But in the ultimate vote of confidence in the author’s ability to keep things going I’ve already bought three more, and I’ll be back into them soon.

The Hike, by Drew Magary

The Lies of Locke Lamora, by Scott Lynch