Category: The Tales of Coyote

A neat article on Coyote showed up in this week’s Sandy Post newspaper. It’s been really interesting to see how a variety of other people interpret the book, and I’d say this reporter got it dead-on.

To all of you that have purchased Coyote in recent months, thank you!

I’ve received some great feedback from readers. It’s so much fun to read a review on Amazon or to get an email from somebody with feedback about the book.

Some of that feedback helpfully pointed out a number of typos that had slipped past both myself and my “dedicated team of editors.” The silly things are just so good at hiding! So, an update to the book has been posted to Amazon to rid us of those pests. If you buy the book in the future, you’ll get the updated version. If you’ve already bought it, here’s how to get the update:

Keep the feedback coming. I’m sure there are other typos and errors hiding in there. Let me know what you find!

(And a friendly reminder: Go post your review of Coyote on Amazon!)

Feedback is trickling in…

I got my first negative review on Amazon today. I feel like I’ve finally arrived.

It’s good to know what the book “…was totally without merit, it had nothing that held interest, made sense.” So, that’s exactly what I was going for, right?

On the other hand, I got this (paraphrased) casual feedback from a friend:

a) I really, really liked it

b) The power went out for 5 hours last night. Until I knew what caused it (because it was a good 40-mile radius of NO LIGHTS), I was quite the basket case. I fully blame your book.

So on the whole I’m feeling good. Some lady in Kansas isn’t a fan, but I got to freak out one of my friends!

(And if you’re reading this, I think it’s about time you went and posted your own review of Coyote on Amazon.)

About twenty-four hours have passed since I announced Coyote’s release into the wild. Setting up author pages, facebook posts, emails… I think I’ve communicated with more people today than any time in the last few years. All positive communication though. Onward and upward!

Coyote is live on Amazon.com! Yes, I finally pressed the publish button.

Like many things in life, the whole process was much more straight-forward than I expected. My thanks to Amazon for designing a simple and user-friendly self-publishing platform.

Now… everybody go buy the book!

I’m so close to pressing the Publish button on COYOTE. I may even get there today.

I’m at the “endless fiddling” stage now. Fix a grammar mistake here, change the structure of a sentence there. And good grief, how did I fail to capitalize that character’s name sixteen times?!

COYOTE is back from the editors, and neither of them have convinced me not to go ahead with this project, so now final corrections are being made and it’s almost time to release this book into the wild! 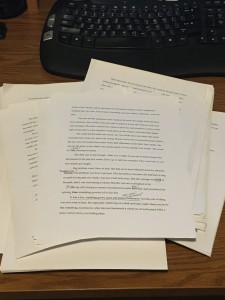 (I must say, the book is simply much more attractive in digital form…)

One of the occasional difficulties encountered in writing stories is that the characters will do things that make life harder on the writer. As the writer I’m supposed to be in charge, right? But if this difficult thing the character does actually makes the story better, well, who am I to stop that?

So a character in the book Coyote decided to give readers a bit of a peek into her origins by speaking the occasional phrase in Czech. She had been raised in the United States of America since about the age of seven, but was born in the Czech Republic. So Czech was her first language, and it occasionally still slips out. (Yes, this is a real thing. It’s called “code-switching” and is totally fascinating. See example #1 here: Five Reasons People Code Switch)

Then the character kept doing it, and it became one of the many interesting layers that I think add up to a god story. So I had to let her keep on speaking Czech once in a while. My problem with this? It’s not what you think. I wasn’t particularly worried that the reader wouldn’t understand what she was saying. I actually though that made for a kind of twisted fun. My issue had a much more selfish flavor: I don’t speak Czech.

So here’s this character I’m writing about, she turns to say something in her native language to another character, and I type… skwownns sns. Gobbledygook. Later on, my gobbledygook got replaced by the helpful offerings of Google Translate. But I know there will be the occasional reader out there who does speak Czech, or whose grandma speaks Czech, or who is just better at using Google Translate than I. And that person is going ot be let down.

Enter my first foray into the world of professional translation. Surprisingly (or perhaps not, what with the interconnectedness of everything these days) there are lots of fast, affordable places to get a set of phrases translated from English to Czech. Who knew? (You did? Huh. Well I didn’t.) So I typed all the things my character wanted to say into a table, and sent that table off to some company I’d never heard of, hoping that some nicely translated Czech phrases would come back to me sometime.

And it worked! Amazing what you can get done with a little trust, a little hope, and a little internet. So a mere $50 later my character is speaking real Czech, which I still don’t understand, but which I at least feel so much better about. Yeah, I don’t understand it, and neither will most of my readers, but it’s good to know that all those things in my story that I don’t understand are at least correct. 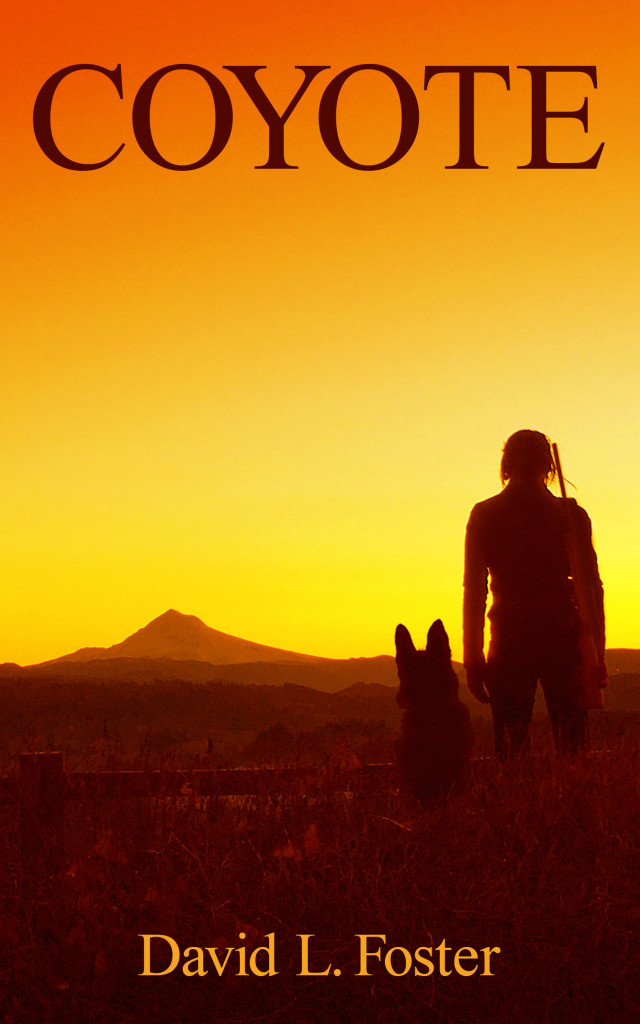 The cover for Coyote is finished and it is beautiful! I am hugely grateful to Dan Boris (Artist and illustrator, author of the children’s book Dozi the Alligator, and all around talented person) for his help in getting my dream that much closer to reality. After seeing that cover, even I want to read the book again (for perhaps the hundredth time). 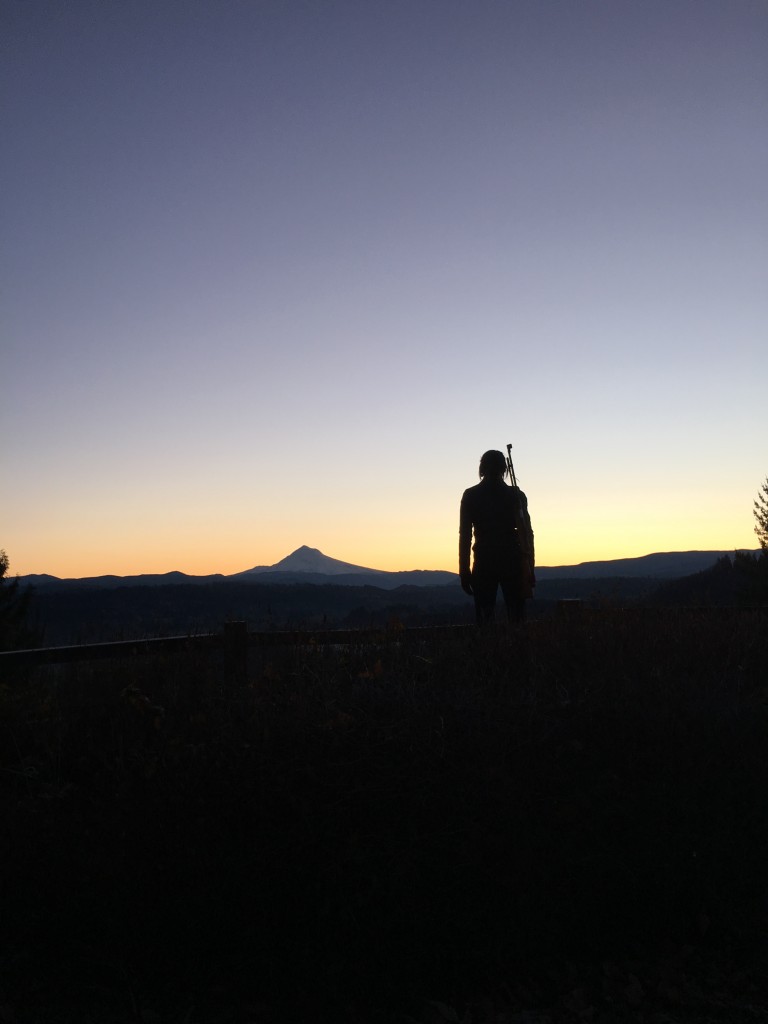 The cover photo for the book Coyote has been selected. A view of Mount Hood from just outside Sandy, Oregon. My thanks to my lovely model, who shall remain nameless, for coming out on a cold, winter’s day for this!