Six of Crows, by Leigh Bardugo

First off, I had to spring for the hardback version, because the black-edged pages are just so cool. Good job, marketing department.

But Lo, there is a book inside the pages! And it’s a good book!

This is a wonderfully imagined world, with complicated characters who have complicated back stories, and plot that keeps things moving at a good clip. And good news for adults who are made nervous by modern YA offerings: There’s no weepy girl gazing into the dark pools of a rough hero’s eyes in this one. The male hero’s rough but more dangerous than hunky, and the female lead is about the most dangerous person around. Together, they and their supporting cast tell a riveting tale.

I’m looking forward to the next installment. 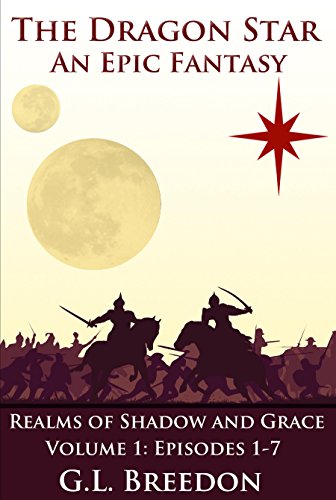 OK, this review is overly long. But it’s a big book, and there’s a lot to talk about; not only with the seven episodes, seven story arcs, and host of main characters, but with the innovative way the author is using the digital book form as well.

First the story; almost 800 pages of it. (Though to be fair, there’s a lot of detailed background stuff at the back and you don’t have to read all that.) It’s worth it. I just pretended I was reading three books in a row and was perfectly happy.

This book is well written and well edited. It really has to be, to hold all the detail of what’s going on in the story. And it’s an interesting story. This is a sweeping fantasy, intricately plotted, with varied and detailed characters ranging all across the large world the author has conceived. The basic premise is that about 10% of the world’s population suddenly starts to have the same dream of a new religion forming around a new goddess. Then, as shown in the dreams, a new, red star suddenly shines in the night sky for all to see.

Unsurprisingly, these strange events set off a variety of different storylines across the world. Some ignore the dreams, many pretend they aren’t having them, some embrace this new religion, and some hunt down the dreamers as heretics. And away we go, following seven main storylines and a dozen or so characters as they weave around the world, occasionally crossing paths but often having very little to do with each other.

Here’s the part where this book becomes unique. You can read the book, like any other book, front to back. That’s how I started. But I’ve got to tell you, it annoys me when each chapter moves on to another storyline. At the end of each chapter I’m forced to give up on the people whose story I just got interested in and switch my brain, reminding myself again who this new set of characters are and what they are doing. Then I get going with the new storyline and… Argh! The chapter ends and I’ve got to take up a whole new cast and plot!

The solution to this? Digital media to the rescue! The author has taken what I believe is an important leap forward, using the digital book to his advantage. If you reach the end of a chapter and don’t want to switch to a new storyline, guess what? You don’t have to switch! Just follow the link at the end of the chapter and the book zips you to the next installment of that same storyline. Or, to get even more specific, there are also links at the end of a chapter to follow a specific character if you get really into one person.

Practically speaking, this technique has its pluses and minuses. I did follow some of the individual storylines and I enjoyed not having to leave the people I was interested in. I liked that. There were a few hitches, though. For example, in one storyline I followed, I moved on to the next occurrence of the storyline and was dismayed to learn that somebody had been assassinated, and I hadn’t read that bit; turns out their assassination was told from the perspective of a character in a different storyline. That was kind of disconcerting, but overall, I liked the technique. Usually the storylines stayed separate enough that following one to the end didn’t ruin the surprises in another storyline.

Finally, a few technical things. The editing in the book was superb, with grammar errors being very rare. Also, the author used links throughout the book to give the reader background on concepts and history of the world he was building to very good effect. Many times I saw something mentioned in the story, followed a link to read a few pages about what that thing was, and then was conveniently zipped back to where I came from, ready to continue the story and feeling that I knew what was being talked about. That was much appreciated. (And it must have been a huge amount of work – there are links to all sorts of things, taking me all over the place, and I imaging it must have taken forever to get everything working.)

So to sum up: This long, well-written and very complex book is worth the time, not just for the story, but to experience the new things the author is doing with the digital book format. Honestly it’s four stars for the story, and one extra star for advancing the art form. 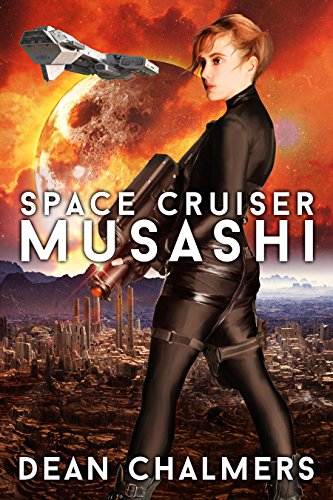 This was a good, entertaining story. Not full of deep meaning, but a solid plot that moved forward at a good clip, and showcased likeable, interesting characters and vivid action scenes. I went in thinking “eh, I’ll give it a shot, though I don’t expect much,” mostly because of the kinda cheesy cover. But I became seriously captivated by the end. I’d like to read more of these people’s adventures.

One thing to get past is the sexuality. I’m not offended by it, and the enlightened attitudes are a pleasant change from many stories, but I worry the author might be limiting the reach of the novel because of it.

Surprisingly, with all the mentions of casual sex, there is only one real sex scene in the novel, which really looked like it was added just for the sake of having a sex scene. It’s kind of too bad, because the rest of the novel is really good, and I think the author may be limiting the audience that can be reached by advertising the novel as “sexy” in the first sentence of the description and by including that one scene.

But if nothing in those last two paragraphs makes you uncomfortable, then I’d recommend this book to you. It’s a cut above many space operas you might read.

Welcome to the Spookshow: Spookshow 2, by Tim McGregor 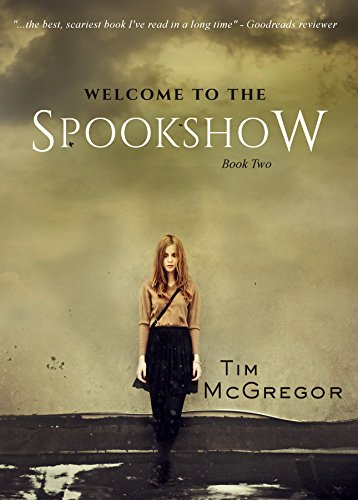 Welcome to the Spookshow

I enjoyed the whole Spookshow series. Yes, it’s kind of lame to post the same review for each novel, but I tore right through them and honestly can’t remember which was which – they were all good.

(Note: Book 2 is actually, chronologically for the people in the books, the first volume in the series.)

These are good adventure tales populated by people who act in realistic ways when faced with impossible situations. There’s no blindly stumbling into danger, or when there is it’s because the characters honestly don’t understand or can’t accept what’s going on. Finally, the characters are honestly traumatized by what happens to them, as they should be.

Finally, the best part is what’s not there. No shiny vampires. No unsuspecting hero that masters her new powers in the space of one novel. And most importantly: No sappy, unrequited romance. (Yes, there’s romance, but they approach it like real people: shy to admit to their feelings at first, insecure about how the others feel, but then they eventually gather the courage to do something about it. No endless, weepy pining.)

Hats off to the author for crafting an engrossing experience and keeping the quality high throughout all the novels. Keep it up!

The Spookshow (Book 1), by Tim McGregor 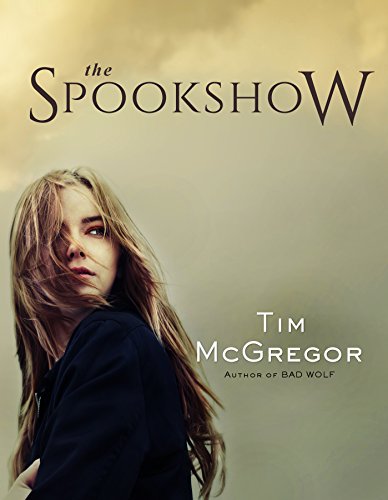 This was really very well done; a gripping story with some seriously spooky moments and very real-seeming characters. I’ve read a good deal of horror, and this author does a better job than most of creeping me out. And it’s all done without the splatter, gore, and sexual overtones of many horror series.

Many reviewers have complained about this actually being the second book in the series, temporally speaking, and that’s true. But I found that to just add some spice to things. I don’t feel like I missed anything really crucial, and the occasional revelation that a few characters had a history I didn’t know just added another layer of interest.

The book is pretty short, but it’s free, so I can’t complain about that. I’m guessing that the author felt this was his strongest story, and the best way to get a reader hooked on his series – it worked for me.

Finally, the editing was superb. I make a habit of highlighting any errors I find, and I only found four, which may be a record.

I’ll be reading book 2 soon, which I understand is a prequel, and then fully expect to move on to the rest of the series. 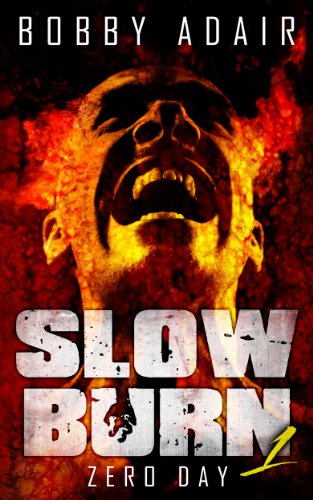 I can’t give this book and the series that follow any higher recommendation.